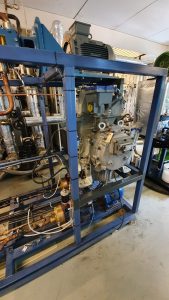 Ghent University (UGent) presented the Flexible Organic Rankine (ORC) during the first project year and now, based on a thermodynamic model, the selection of the main components and the working fluid have been made.

The expander employed in the ORC prototype is a piston expander with variable valve timing (VVT). Varying the timing of the valves creates a varying expansion ratio which can be controlled to match the transient loads received by the CHEST system. R1336mzz(E) is selected as the working fluid – it is a hydro-fluoro-olefin that has very low global warming potential (GWP = 32) and zero ozone depletion potential and operates well within the constraints of the project. A preliminary test-rig will be finished by November in order to test the expander and to validate the design model.

The main components, including the electrical and control cabinet, for the final test-rig are in the lab and construction have started in October. You can see the full detailed design of the ORC laboratory prototype including VVT expander here.

Based on the results achieved from the development of previous small power isobaric expansion (IE) engines, and from the modelling results, a novel, scalable IE engine-pump with external heat exchangers was designed.

Various known heat exchangers were evaluated regarding their use in IE engines. Printed circuit diffusion bo nded heat exchangers (PCHE) were recognized as the most promising candidates today. A pseudo-PCHE heat exchanging structures imitating a real PCHE was designed. In total, four combinations of heater, regenerator and cooler of different dimensions and materials were made.

All the necessary production drawings of the engine were made, and the engine parts were manufactured. Standard components of the engine-pump set-up including measuring and controlling equipment were selected and purchased.

The new scalable engine-pump was assembled and equipped with the heating and cooling facilities and measuring and controlling equipment. Experimental studies of the different heat exchangers and engine-pump as whole are in the progress. The schematic representation and the view of the scalable IE engine-pump prototype developed by Encontech can be seen in the picture. below. 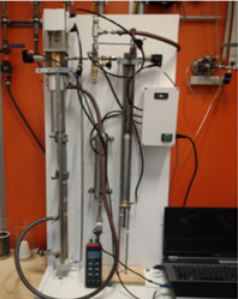 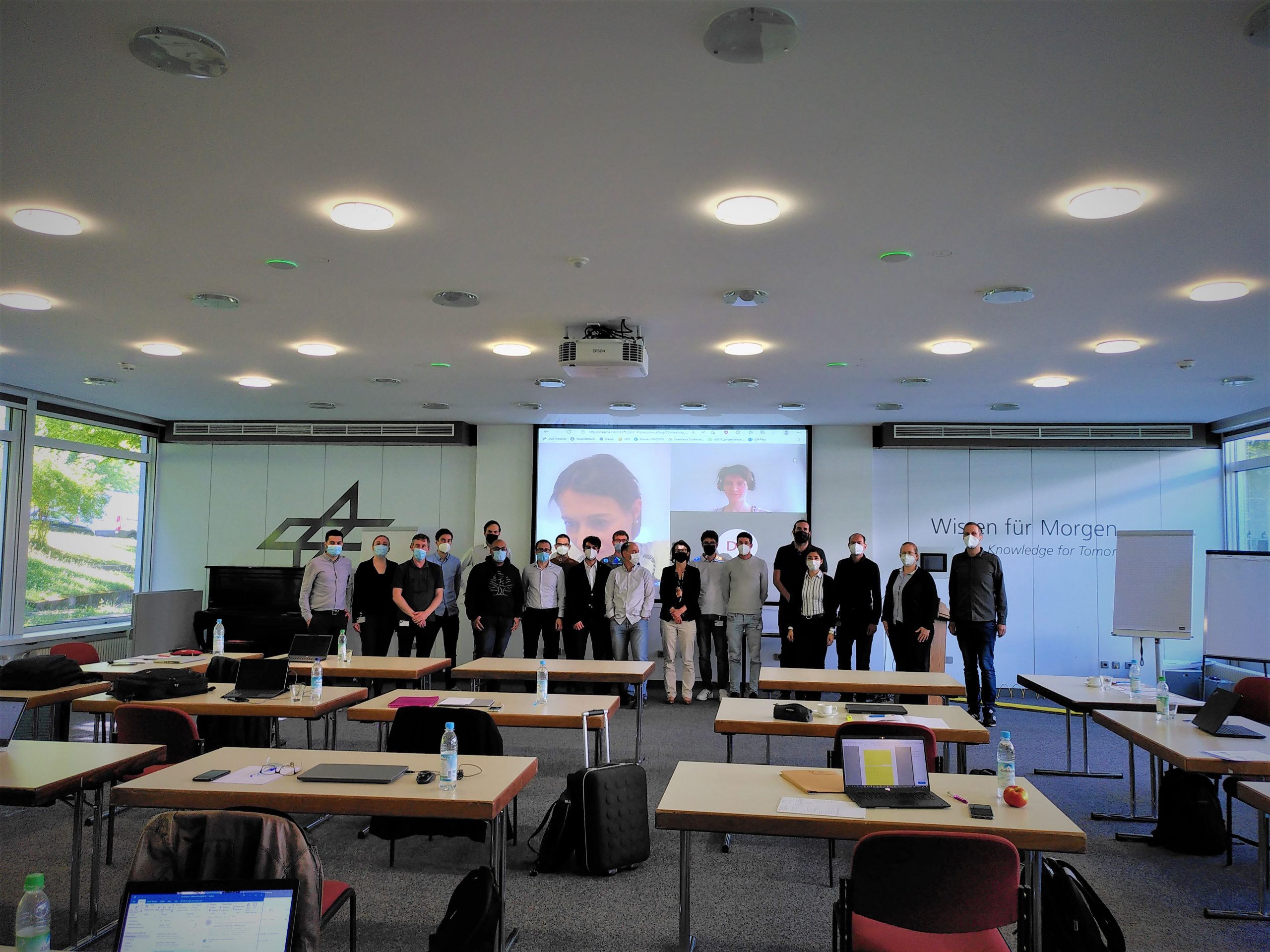 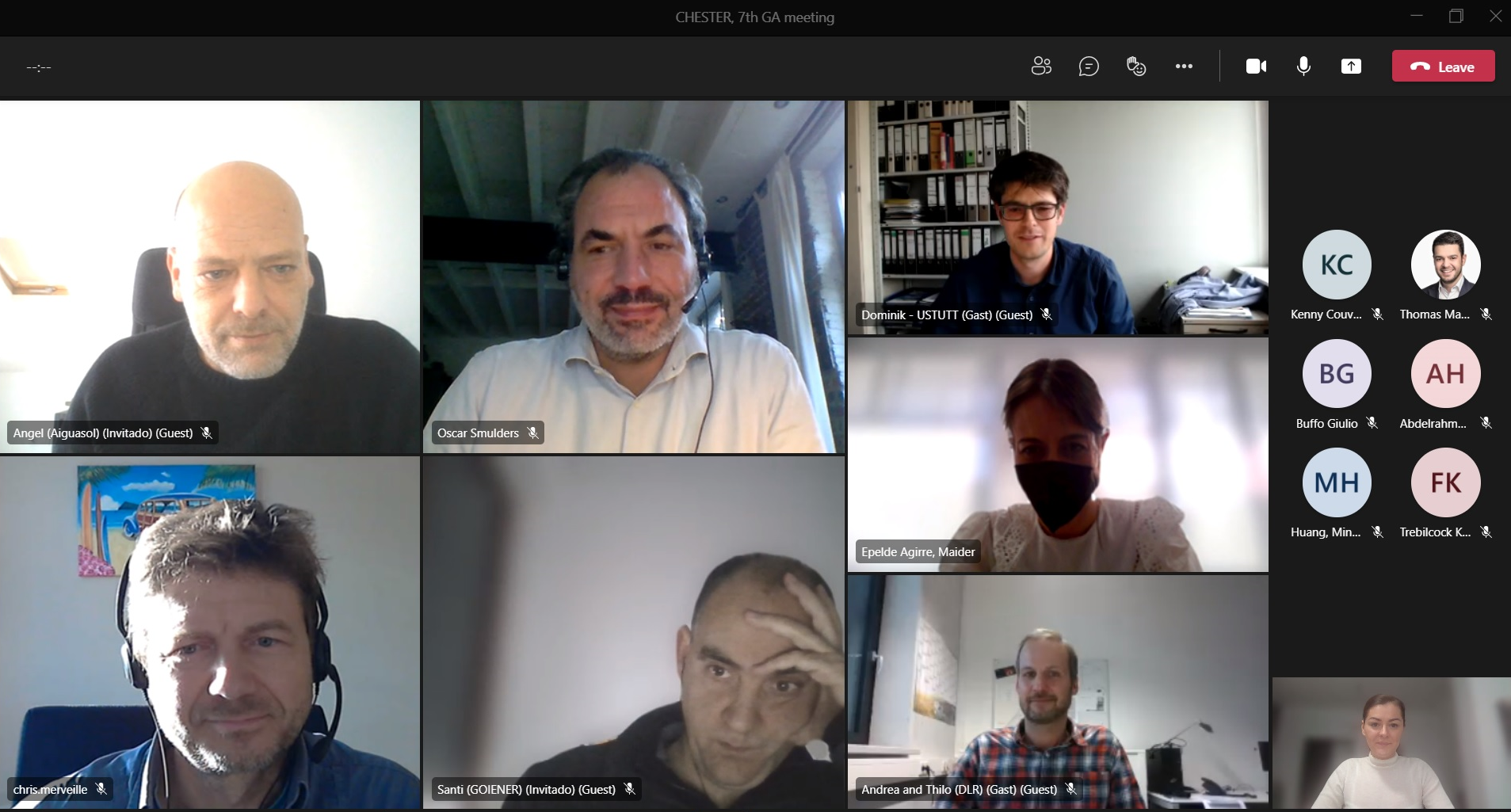 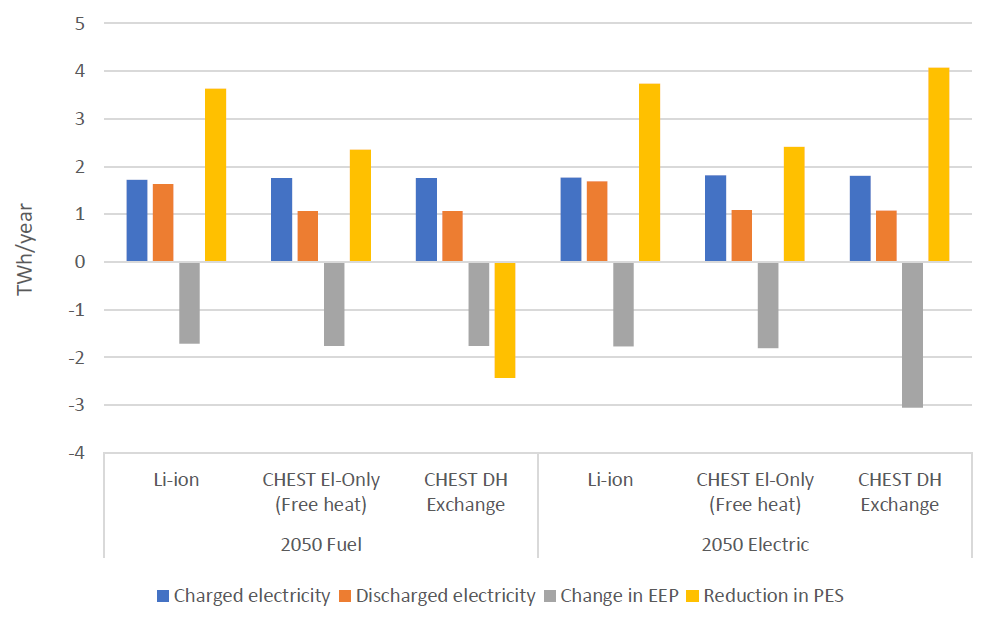