Future perspectives of the CHEST system

After more than four years of research in the CHESTER project with plenty of results from experiments, simulations and further activities, major conclusions of the results shall be drawn and a roadmap shall be developed to outline the future perspectives and applications of the CHEST system. Furthermore, it is important to define the required technological and non-technological progress in the coming years in order to make CHEST ready for these future applications.
For this purpose, the project partners are having discussions on different key aspects like:

Regarding the future perspective, there will definitely be an increased need for electricity storage due to the phase-out of fossil energy sources and the increase of volatile renewable energy generation by, for instance, photovoltaics and wind farms.

In this context, a CHEST system has a clear advantage compared to pumped hydro energy storage (PHES) and compressed air energy storage (CAES) since geographical constraints limit the increase of PHES and CAES capacities. However, it is very important to consider the availability of suitable heat sources when selecting a location for a CHEST system.

Due to the required heat for the high-temperature heat pump (HTHP) and the net heat consumption of the CHEST system under certain boundary conditions, the project partners currently discuss whether the focus on CHEST´s future applications will rather be as an electricity storage or as a combined heat and electricity storage coupled to for instance district heating (DH) systems. This also depends on future boundary conditions for the overall energy system, such as the heat generation in DH systems by rather heat pumps or by combined heat and power (CHP) plants.

Another potential application of the CHEST system was investigated in the economic study run by PlanEnergi. This focused on thermal part of the battery and was allocated in an industrial site, with the aim of serving local consumers and producers. The CHEST system was reduced by elimination of the sensible storage (the PCM storage will store energy more efficiently on the long term) and connected to four different actors with different heat needs or producing excess energy which they would like to get rid of. This combination appears to be the first most successful application of the technology. In this system, both the heat pump and the ORC turbine can operate simultaneously, as the industrial companies run constant processes requiring regular heat/steam supply or generate significant volumes of redundant energy. This energy would otherwise be dissipated through cooling plant, thus consuming electricity and imposing on the producer high expenses. In this context, the CHEST system enables an efficient heat transfer between the actors of the industrial site, together with the production of electricity.

If CHEST-system could compete with other P2H2P technologies, this would happen in a highly electrified heating system. This with high proportion of heat pumps or electric boilers driven by RE generators based on wind, solar, water or geothermal energy. The reason for this is highly fluctuating electricity price which make profitable importing and storing energy in the CHEST-system at time of cheap electricity prices and producing it to the market when RES do not generate and prices are peaking. 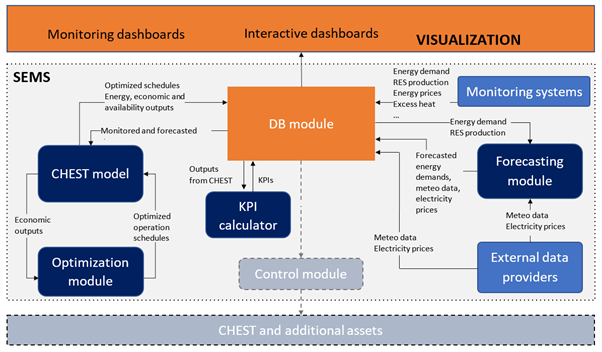 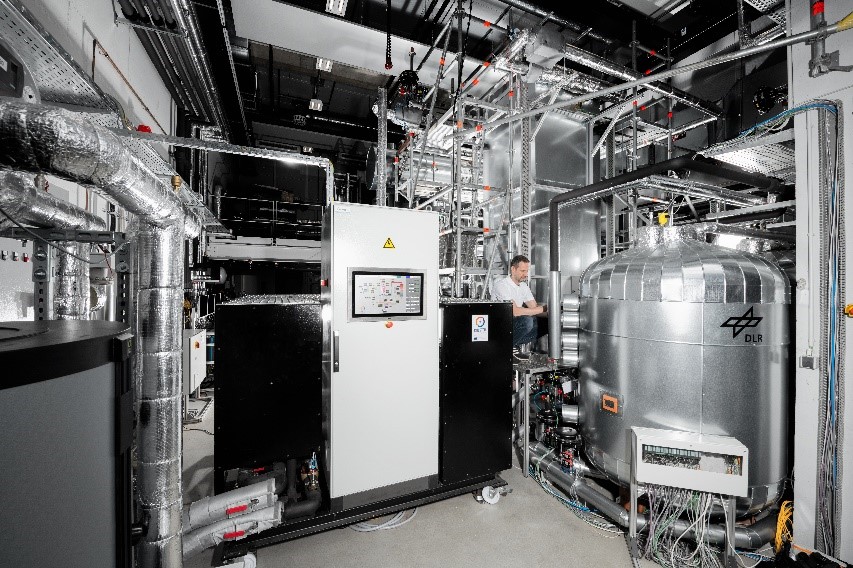 Future perspectives of the CHEST system
View All